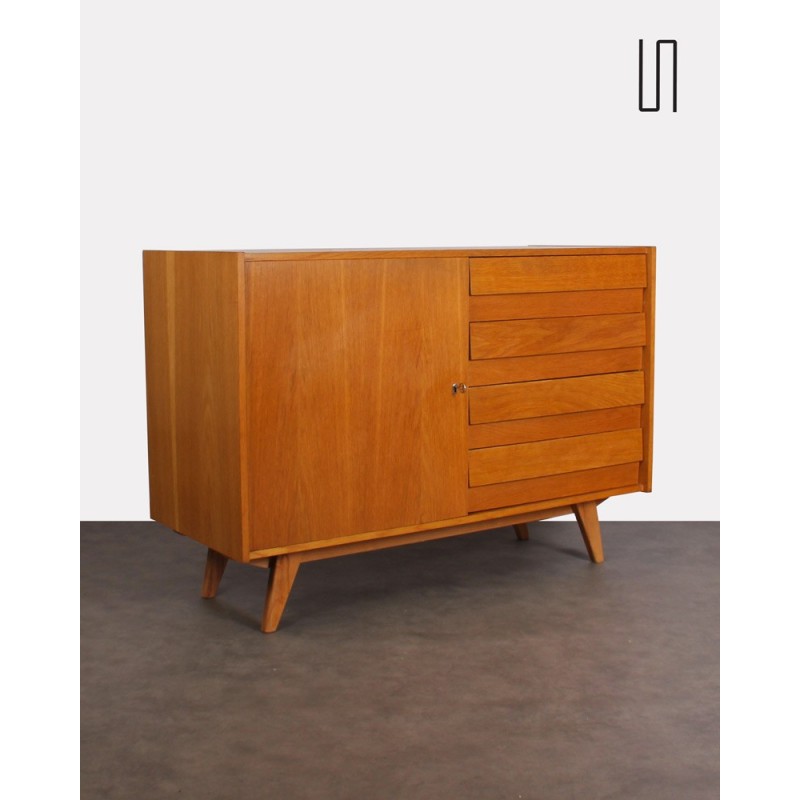 Beautiful Eastern European buffet by designer Jiri Jiroutek produced in the 1960s by Czech Interier Praha. It is the model U-453. Almost entirely made of wood, it is composed of a door and a series of four drawers, the inside of which is made of plastic. This piece is in good vintage condition.

This product is no longer in stock

For any questions about this product, do not hesitate to contact us.

Or send an e-mail : Access to the form
If you would like to see this piece, please contact us before coming to see it in order to make an appointment.